Posted by bobbydagnel in Uncategorized on June 30, 2014

“Brethren, each one is to remain with God in that condition in which he was called” (1 Corinthians 7:24).

Posted by bobbydagnel in Uncategorized on June 27, 2014

“But if God so clothes the grass of the field, which is alive today and tomorrow is thrown into the furnace, will He not much more clothe you? You of little faith” (Matthew 6:30)!

For us to speak of our faith as believers is to say we know our Heavenly Father and we are known by him. Even so, the life of faith can be filled with contradictions, alternating between victorious living and frightened failure. Yes, this qualifies us to be counted among those of “little faith.” Yet, it is our faith that informs and convicts us that we are born (again) for more than this. He does not abandon little faith, but nurtures it and completes it on the Day of The Lord.

Posted by bobbydagnel in Uncategorized on June 26, 2014

Sent out among those who have nothing, and can offer nothing in return, is the best reminder that the One who brought salvation did so among us whose lives were impoverished by sin with no righteous to offer. Thus, the gift we did not deserve asks only that we give to others what we ourselves have received. Those rich in grace have a desire to pass it on.

Posted by bobbydagnel in Uncategorized on June 25, 2014 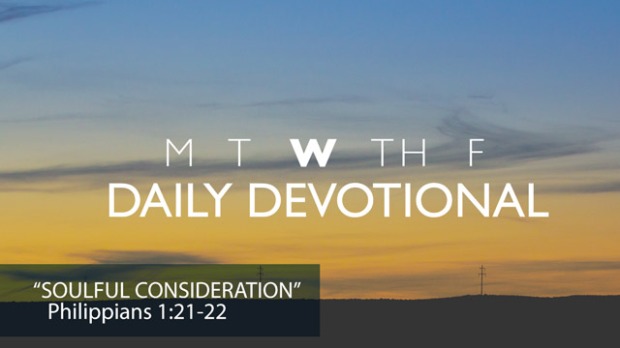 “For what will it profit a man if he gains the whole world and forfeits his soul? Or what will a man give in exchange for his soul” (Matthew 16:26)?

It is chilling to contemplate that the human soul is a possession that can be forfeited or exchanged. And for what? The implication of Jesus is that there is no more precious commodity than the soul; that even if the entire world could be gained it would be of no value in comparison to the soul of a person. An interesting contrast to this passage is Paul’s view that the only gain to be had is in dying; that profit is realized by departing from this world to be with Christ (Philippians 1:21-22).

Posted by bobbydagnel in Uncategorized on June 24, 2014

“When there are many words, transgression is unavoidable, but he who restrains his lips wise” (Proverbs 10:19).

When words are no longer effective in explaining away sin, the next step is to change the definition of words so as to accommodate our sin. For instance, sanctity of life issues such as abortion are draped in the language of choice. Euthanasia is now described as an act of mercy or dying with dignity. Most recently, marriage, a term historically, cross culturally, and theologically (All major world religions) understood as male plus female, has fallen into the quagmire of verbal revision and the unprecedented notion of it being a union of two people and no longer defined by gender. While, in the name of progress, activists seek to denigrate marriage to nothing more than a social/sexual arrangement, it is the church that must model the design, mystery, symbolism, givenness, and implications of marriage.

Posted by bobbydagnel in Uncategorized on June 23, 2014

The handing over of authority to others is an act of submission. What Paul is advocating for the covenant of marriage is the practice of mutual submission; a husband and wife forgoing their personal rights and privileges for the well-being of the other. This is a frontline application of the admonition to all Christians to be “subject to one another in the fear of Christ” (Ephesians 5:21).

WHEN WILL WE LEARN?

Posted by bobbydagnel in Uncategorized on June 20, 2014 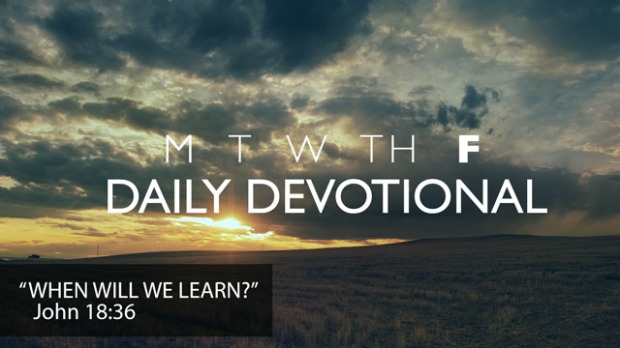 When considering kingdoms, how they are built and sustained, one thinks naturally of conquering armies, political processes, legislative appointments, and sympathetic judges. The kingdom Jesus ushered in, however, died for, and seeks to perpetuate through his church is not accomplished by such human resourceful. His is a supernatural kingdom realized not by the strong but the weak; not the popularly elected but the uniquely called; not those who rule but those who serve. His is not a kingdom won by us for him, but by him for us. Though we must participate in the process, our greatest hope is to be discovered not in the ballot box of partisan politics but the bruised knees of praying saints.