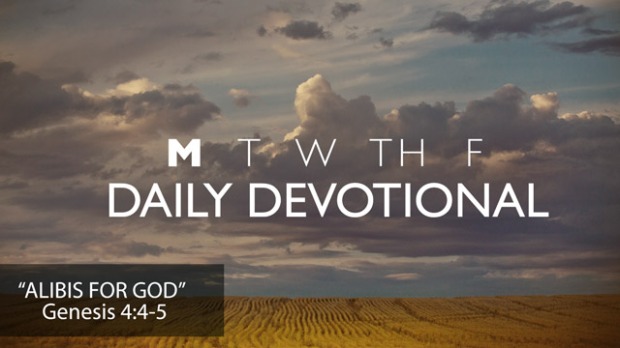 In the attempt to defend God, much speculation has been offered as to why he had no regard for Cain’s offering–Cain’s heart wasn’t right; blood offerings are superior to grain; God prefers shepherds to farmers. The problem with these, or any other such vain attempts, is that they have no biblical basis. Instead of allowing the capricious freedom of God to be part of the story, we feel the need to explain it away. The bottom line is life’s unfair; life east of Eden is a broken, imperfect existence that continually disappoints. Even so, God’s grace is the thread that continues to be woven through the redeeming of all creation.

This entry was posted on October 20, 2014, 7:03 am and is filed under Uncategorized. You can follow any responses to this entry through RSS 2.0. Responses are currently closed, but you can trackback from your own site.