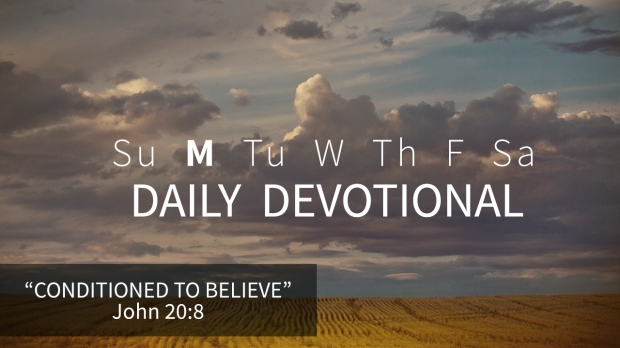 “So the other disciple who had first come to the tomb then also entered, and he saw and believed” (John 20:8).

John’s arrival to and observation of the empty tomb brought about a response of belief that had been conditioned into him by both the background of his Jewish heritage and the tutelage of Jesus the previous three years. Being raised in church is an asset when it conditions you to believe and nurtures within you a biblical faith. It becomes a liability, however, when it leads you to settle for a religion based upon the traditions of men; having no formative effect, coupled with a loss of wonder and amazement at the workings of the resurrected Christ.

This entry was posted on March 28, 2016, 1:03 am and is filed under Uncategorized. You can follow any responses to this entry through RSS 2.0. Responses are currently closed, but you can trackback from your own site.