A MELODY OF PROVISION

Posted by bobbydagnel in Uncategorized on June 30, 2020 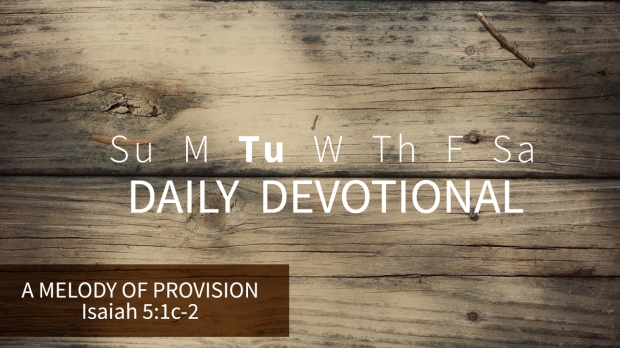 “My well-beloved had a vineyard on a fertile hill. He dug it all around, removed its stones, and planted it with the choicest vine. And He built a tower in the middle of it and also hewed out a wine vat in it…” (Isaiah 5:1c-2).

Isaiah’s song continues with a utilization of verbs indicating design, intentionality, planning, and purpose. Even beyond its intended application to Israel, the vineyard could be a metaphor for the entirety of God’s created order. He not only brought something out of nothing, but God’s provision offers every resource necessary for his people to flourish in the fulfillment of their assigned task.

Posted by bobbydagnel in Uncategorized on June 29, 2020

“Let me sing now for my well-beloved a song of my beloved concerning His vineyard. My well-beloved had a vineyard on a fertile hill” (Isaiah 5:1).

While the preaching and musical worship ministry of the Lord’s church have their distinctive roles, each is vital to the messaging of God’s word and the understanding of our missional task. Depending upon one’s “wiring,” some better hear a message offered in song than they would a sermon, while others discern the message of a sermon that would otherwise be missed in song. To make sure no one is excluded and that all might understand, Isaiah shifts from sermon to song to proclaim the message of God’s love, provision, and expectations for his people.

Posted by bobbydagnel in Uncategorized on June 28, 2020

“They found a plain in the land of Shinar and settled there. They said, ‘Come, let us build for ourselves a city, and a tower whose top will reach into heaven, and let us make for ourselves a name, otherwise we will be scattered abroad over the face of the whole earth.’ So the Lord scattered them abroad from there over the face of the whole earth” (Genesis 11:2,4,8).

Whether it’s the initial challenge (Genesis 1:28) of being fruitful and multiplying, and filling the earth, or being the church on mission, it was and is the intention of God that we be not a settled but scattered people; a people who go forth. He is a God with a plan and will work to keep us on that plan.

Posted by bobbydagnel in Uncategorized on June 27, 2020

“Let the redeemed of the Lord say so, whom He has redeemed from the hand of the adversary” (Psalm 107:2).

Evil and suffering seek to break the human spirit and, thus, mute our voices. This is why we must testify even more of the things of God; that even out of our desert experiences, when life has left us exiled and despairing, if we have lived to face another day we must speak of God’s faithful provision. It is the collective voices of wounded disciples that stand as the counter-argument to those who say God does not care or even exist. Our saying so is an affirmation of God’s grace.

Posted by bobbydagnel in Uncategorized on June 26, 2020

“Professing to be wise, they became fools, and exchanged the glory of the incorruptible God for an image in the form of corruptible man and of birds and four-footed animals and crawling creatures” (Romans 1:22-23).

Justice seems to be a topic of popular conversation, main street demonstrations, political ambition, and media agitation. Within these realms, however, the understanding of justice is far too shortsighted, self-serving, and worldly. From a biblical worldview, the prism through which the community of Christ is to interpret and understand the world, and the counter-cultural life we are called to pursue, justice is more than the correction of bad behavior perpetuated by some bad people. The bad behavior referred to as “injustice” is but a symptom of the prevailing endemic issue within humanity—the corruption of God’s justice. Because mankind has chosen to fashion gods in his own image, worshipping and serving the creature rather than the Creator (v.25), principalities and powers have ushered in the most insidious elements imaginable in their attempt to pervert and corrupt the crowning achievement of God’s creative order—man. Until God alone is the object of man’s worship, no amount of human objection will correct the unjust behavior of man. Do not allow politicized headlines and emotionally charged social media rhetoric to interpret your understanding of what’s occurring in the world. These are not social ills to be cured by man, but spiritual issues to be conquered by the transforming presence of God in the human heart.

Posted by bobbydagnel in Uncategorized on June 25, 2020

“Now Absalom in his lifetime had taken and set up for himself a pillar which is in the King’s Valley, for he said, ‘I have no son to preserve my name.’ So he named the pillar after his own name, and it is called Absalom’s Monument to this day” (2 Samuel 18:18).

Treason and treachery are certainly not deserving of a monument. From a Kingdom perspective, however, every monument that has ever stood in human history are representations of fallible individuals from a particular period. They stand as stone testimonials of the brokenness of human rule; that the kingdoms of men are unjust and self-serving; that the pandemic ills prevailing upon us will not be cured by the likes of us—not the greatest among us nor the worst of us—but something, Someone, greater than us. As visual reminders, monuments have written in stone an unrelenting historical fact—man is not the answer to man’s problems. It requires a remedy from the One who knows us, our failures, our prejudices, our selfishness—the One who created us; the One who created a perfect environment (Eden) only to see its insufficiency with the presence of flawed humanity; the One who recognized that mankind’s only hope is a transformed heart. Without monuments we are destined to forget such things, and we remain in the delusional trap of believing we are answer to that which plagues us.

Posted by bobbydagnel in Uncategorized on June 24, 2020 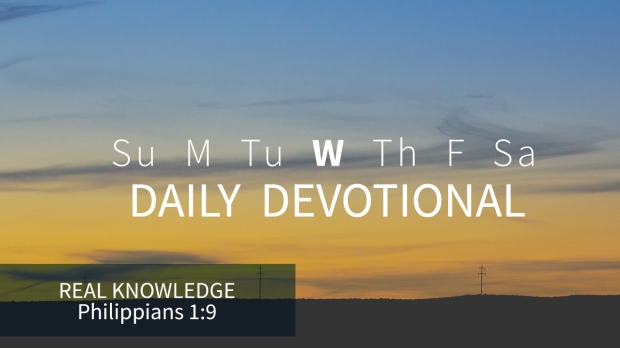 “And this I pray, that your love may abound still more and more in real knowledge and all discernment” (Philippians 1:9).

A knowledge of scripture is accomplished and proved out by neither the accumulation of empirical data or the establishment of historical fact. That one is truly knowledgeable of God’s word, and its role in the life of faith, is authenticated by an abounding love, along with the other qualities of the fruit of the Spirit being borne out of one’s life. You can study the bible, as you would a theological textbook, and excel in the classroom while failing miserably the litmus test of real knowledge—love.

Posted by bobbydagnel in Uncategorized on June 23, 2020 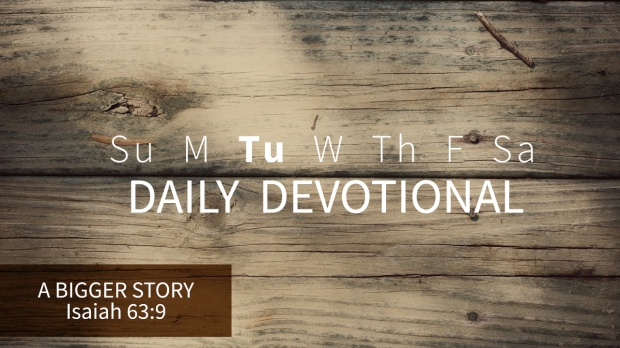 “In all their affliction He was afflicted, and the angel of His presence saved them; In His love and in His mercy He redeemed them, and He lifted them and carried them all the days of old” (Isaiah 63:9).

In reading the prophets, I am never surprised by God’s wrath against his wayward and rebellious children. What leaves me completely astonished, however, is that he has anything to do with us at all. Just consider the magnitude of God’s salvation; a plan that extends far beyond the forgiveness of my sins, and me going to heaven, to the redemption of all creation. Even so, along the way to this being accomplished, God has immersed himself into the pain and brokenness of the human condition as a flesh and blood demonstration of his love and mercy.

Posted by bobbydagnel in Uncategorized on June 22, 2020

“For He said, ‘Surely, they are My people, sons who will not deal falsely.’ So He became their Savior” (Isaiah 63:8).

To be counted among the people of God offers a fixed certainty regarding not only our identity but also our future; an assurance that keeps us leaning forward and reaching ahead regardless of the circumstances seeking to hold us back. This election by God, however, comes with expectation; that in response we would offer our loyalty, allegiance, and obedience exclusively to him. While everyone wants the promises of God, few desire the accompanying premises.

Posted by bobbydagnel in Uncategorized on June 21, 2020

“I hate your new moon festivals and your appointed feasts, they have become a burden to Me; I am weary of bearing them” (Isaiah 1:14).

Hate is such a strong, unsettling word most of us don’t even allow our children to say it. Yet, as God speaks through His prophet, this is the very term utilized to describe how much He detests religious performance; religious expression that is void of relationship. What it is intended to capture is how much more He desires for us–a life not held captive by the religious expressions of a dead past but an ever-unfolding, dynamic future, driven by a personal intimacy with the One making all things new.